Women Who Have Influenced The Tech World

The tech industry may be led by men in terms of numbers, but there are a lot of brilliant women in leadership positions that are changing the landscape and driving change.

In celebration of the small yet fierce group of women who are at the helm of this movement, we’ve compiled a list of some of the top thought leaders, founders and influencers in the tech industry.

While we celebrate all of the amazing women who have contributed to the tech industry, we will be highlighting six who have stood out to us.

As a young girl, Kimberly Bryant developed a passion for math and science which eventually led her to the prestigious Vanderbilt University, where she majored in Electrical Engineering and minored in Math.

She enjoyed a successful 25+ year professional career in the pharmaceutical and biotech industries as an Engineering Manager in a series of technical leadership roles for various Fortune 100 companies such as Genentech, Merck, and Pfizer.

In 2011, Kimberly founded Black Girls CODE, a non-profit organisation dedicated to “changing the face of technology” by introducing girls of colour (ages seven to seventeen) to the field of technology and computer science with a concentration on entrepreneurial concepts.

She has been awarded the prestigious Jefferson Award for Community Service for her work to support communities in the Bay Area, named by Business Insider on its list of “The 25 Most Influential African-Americans in Technology” and named to The Root 100 and the Ebony Power 100 lists in 2013.

Kimberly has been named one of FastCompany’s Most Creative People as well as a White House “Champion of Change” for her work in tech inclusion and received an Ingenuity Award in Social Progress from the Smithsonian Institute.

Although she earned little public recognition during her lifetime, Ada Lovelace is now considered a pioneer and prophet of the computer age.

At 19, marriage led to three children in four years. At 26, encouraged by her husband, Lovelace returned to assist her friend and mentor Charles Babbage, known as the father of the computer, on a project called “The Analytical Engine.” During this time, she was asked to translate Italian engineer Luigi Meneabrea’s lecture notes from French to English.

“The Analytical Engine has no pretensions whatever to originate anything,” she wrote in one of those footnotes. “It can do whatever we know how to order it to perform. It can follow analysis, but it has no power of anticipating any analytical relations or truths. Its province is to assist us in making available what we are already acquainted with.”

Thanks to those notes on the engine, Lovelace is now widely recognised as the first computer programmer.

Ada Lovelace Day (ALD) is an international celebration of the achievements of women in science, technology, engineering and maths (STEM). It aims to increase the profile of women in STEM and, in doing so, create new role models who will encourage more girls into STEM careers and support women already working in STEM.

Founded in 2009 by Suw Charman-Anderson, it is now held every year on the second Tuesday of October.

Mina Markham is a front-end architect, conference speaker and organiser and lover of design systems. She writes code for a living, currently for the Customer Acquisition team at Slack.

Previously, she built the heralded Pantsuit pattern library for Hillary for America, which was utilised by almost every application housed on hillaryclinton.com during the 2016 campaign. Mina’s work on Pantsuit has been spotlighted in WIRED, Fast Company, and Communication Arts.

A prolific public speaker, Mina has appeared at events worldwide, including CSS Dev Conf, Fluent, and Future of Web Design. She is also the co-organiser of Front Porch, a front-end conference that prides itself on showcasing and fostering new speakers.

She specialises in building design systems and responsive applications using modular CSS architecture. Additionally, she is active in the tech community, founding Girl Develop It DFW and DFW Sass, and has previously taught for Black Girls Code.

Mina likes ampersands, Oreos, travelling, cupcakes, and the colour pink. When she’s not crafting sites or teaching others, she is probably in her kitchen baking something chocolatey. Mina graduated from Syracuse University with a dual major in Graphic Arts from the S.I. Newhouse School of Public Communications and Women’s Studies, and is living proof that you don’t need a computer science degree to work in tech. She lives in Oakland, California.

Catt is a product designer, game maker, and developer. She is currently helping people work better with Asana.

With a design career spanning over ten years, she has done design work for companies of all sizes including, Etsy, SoundCloud, and Nasdaq. Catt started coding around the age of 10 and designing at the age of 15. She graduated from SVA with a BFA in Graphic Design in 2011 and later received an MS in Integrated Digital Media from the NYU Tandon School of Engineering in 2016. She was a member of Rosenfeld Media’s editorial board from 2018–2019.

In addition to her product design work, Catt makes video games by herself and with friends. She is one half of Brooklyn Gamery, a Brooklyn-based game development studio that organises diversity-focused game jams and events. She also co-founded Code Liberation, a non-profit organisation that teaches people of marginalised gender identities to program games and taught classes for the company until her departure in late 2016.

Catt’s work has been covered by many publications including Net Magazine, VentureBeat, BuzzFeed, and Black Enterprise. She has spoken at schools and events across the world including guest lecturing at Yale, Columbia University, AIGA Design Conference, Beyond Tellerrand in Germany, UX Week, Microsoft’s Codess Seattle, Google’s WomenTechmakers NYC, and TEDxFoggyBottom.

Her games have been in a variety of exhibitions at venues such as Babycastles, IndieCade, and the Victoria and Albert Museum in London.

Susan Wojcicki has been in the tech industry for 20 years and is currently the CEO of YouTube.

An early champion of online video who was instrumental in Google’s 2006 acquisition of YouTube, Susan now oversees YouTube’s content and business operations, engineering, and product development.

Before joining YouTube in February 2014, Susan was Senior Vice President of Advertising & Commerce at Google, where she oversaw the design and engineering of AdWords, AdSense, DoubleClick, and Google Analytics. She joined Google in 1999 as the company’s first marketing manager and led the initial development of several key consumer products, including Google Images and Google Books. In 2002, Susan began working on Google’s advertising products, and over the next 12 years, she led teams that helped define the vision and direction of Google’s monetisation platforms.

Susan graduated with honours from Harvard University, holds a Master’s Degree in economics from UC Santa Cruz, and an MBA from UCLA. In 2015, Susan was named to Time’s list of the 100 most influential people in the world.

Whitney Wolfe Herd is an American entrepreneur and the Founder and CEO of Bumble.

At age 22, Wolfe Herd had joined Hatch Labs, and through them, she became involved with a start-up called Cardify, which was a project led by Sean Rad. The project was abandoned, but through the connections she had made, Wolfe Herd joined a dating app start-up with Rad and Chris Gulczynski.

That’s how Wolfe Herd eventually became vice president of marketing for Tinder. It was reported that she was behind the name of the app, taking inspiration from the flame logo and the idea of tinder, which is easily combustible material used to start a fire. She is also credited with building its popularity by focusing on college campuses to grow its early user base.

In December 2014, Wolfe Herd moved to Austin, Texas, and founded Bumble, a female-focused dating app where women make the first move. The app’s women-led model was initially inspired by Sadie Hawkins school dances, where women ask men to be their date.

In less than five years, her vision had led to Bumble’s growth of over 65 million users worldwide in 150 countries.

In 2018, Wolfe Herd was named to TIME Magazine’s 100 Most Influential People, Forbes “30 Under 30” list, the Bloomberg 50 and InStyle’s 50 Women Who Are Changing the World. Wolfe Herd was also recently on the cover of Fast Company, Forbes, and WIRED magazines.

In February 2021, Bumble topped $13 billion in valuation after listing shares on the Nasdaq exchange.

Women are Moguls, Founders, Engineers and Innovators. They are Resilient, Persistent and Tenacious. Women are Warriors who don’t wait for the future.

Who are the women in tech who have inspired you? Get in touch, we’d love to hear from you.

Photo by Christina @ wocintechchat.com on Unsplash 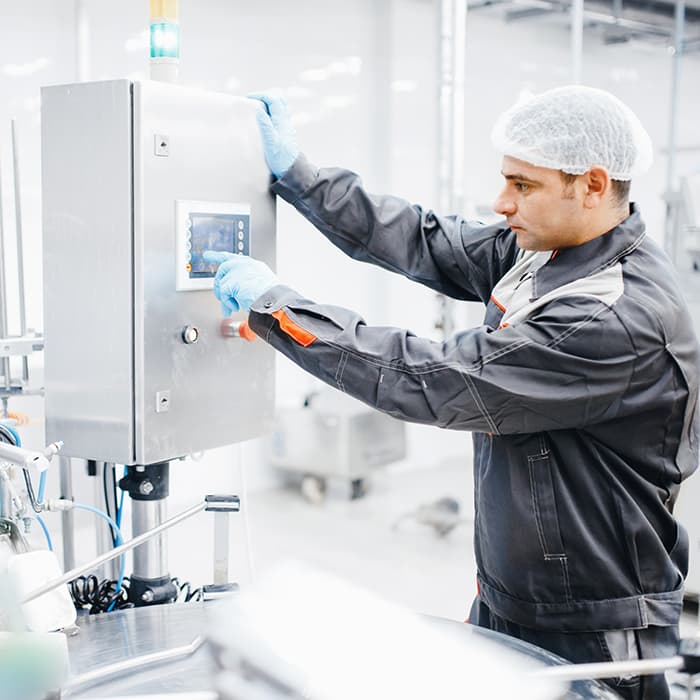 Tenacity Works is incredibly proud to have worked with Industrial Physics, on the design and development of their new web presence. 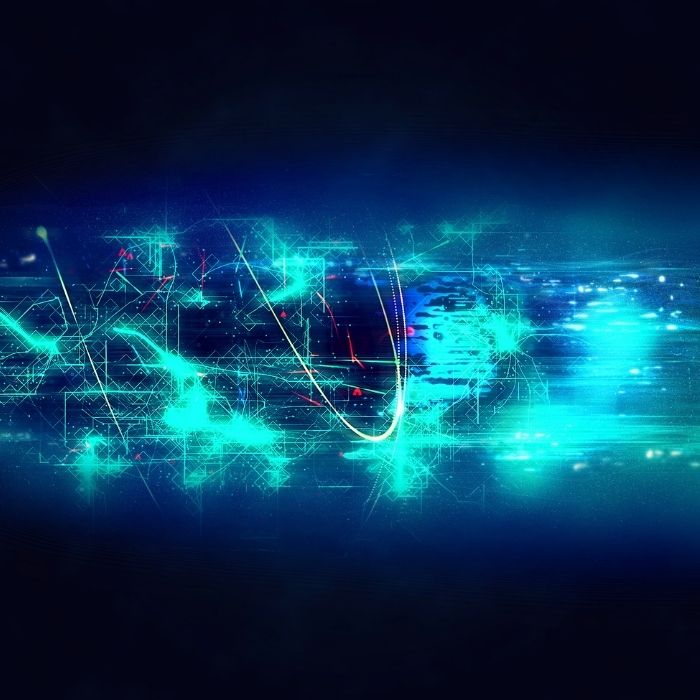 It’s important to be aware of what trends are coming up in the future so you can prepare for them now and stay ahead of the competition.